posted 30/08/2011 category Blog, News
This is Shizuka Ishiyama from the Recovery Assistant Media Team (RAMT). On August 30th, I visited to Tohoku University Graduate School of Environmental Studies to meet Professor Hideki ISHIDA to interview his theory of “Nature Technology” – life science and community development (*watch the movie about the Professor Hideki Ishida here).   After the serious issue of the Fukushima Nuclear Power Plant by the Tsunami Attack the Government has calling for every one of us in Eastern Japan to reduce electricity use by 15%, the bar which has been set to high for us to endure this hot summer with Japan’s customary fierce heat due to expected shortages.   So what should we do? 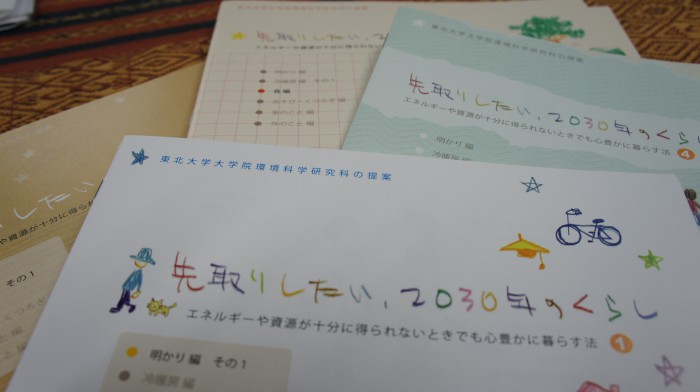 The Professor published four series of the book titled as “How to Take Your Happy Life in the Year of 2030″ with less energy and natural resources. The book is available only in Japanese users can download from the official website of the Studies, but the English brief summary is available on his Laboratory’s website URLs below. [URL] http://ehtp.kankyo.tohoku.ac.jp/ishida/research3_en.html http://ehtp.kankyo.tohoku.ac.jp/ishida/research4_en.html   The Professor is researching the nature’s system to invent new technology to contribute the society with next generation in future. For instance he introduced me how to “take a bath with no water” & “make a house wall with no air-conditioner necessary for summer & winter.” I was very surprised of his theory which is very practical and possible enough to implement to reality for anyone.   He also showed me his new type of “soil” when we discussed about “family-farm” which would be very important factor of self‐sufficiency of food – vegetables in his case – to develop the new lifestyle & society in future for us & people of next generation.   Fertilized soil and water are the most basic & important factor to cultivate crops as food. He invented the soil which would not need agricultural chemical to produce the food with little amount of water. It also prevent worms and bugs to the soil so anyone will be able to cultivate to produce crops without hitch. The color of the soil he invented is somehow “semitransparent,” and the weight is very light comparing to the typical soils we generally know. If the practical application of science to commerce or industry If this new technology of his soil will be yield practical applications in future, I would be assured of that people will break stereotypes as “soil = “brown colored something” for sure. I am so excited to see that! This is the new type of the soil. 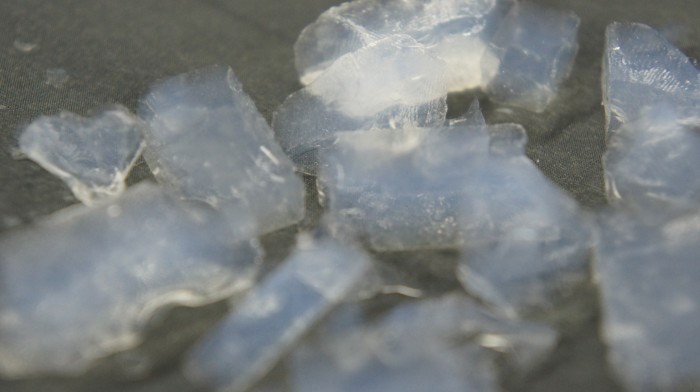 He has more ideas & technologies he wants to set in practical use to establish new society for future. The Professor Ishida will visit Tokyo on September 15th to speech titled as “The New Lifestyle And Technology which are required by the Japanese For Today and Future.”