posted 09/10/2011 category Blog, News
I visited Sakaemura Village in Nagano Prefecture for the coverage of “The Message for Our Future” on the BS12 “TwellV” Channel. This Village has twice suffered serious damage from intensity 5 upper level earthquakes. 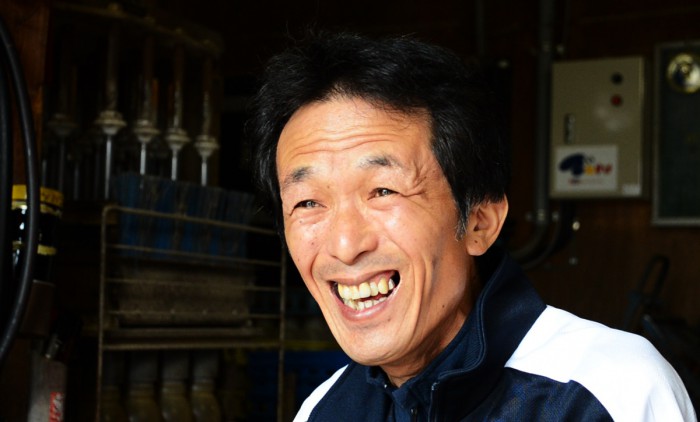 I visited Sakaemura Village in Nagano Prefecture for the coverage of “The Message for Our Future” on the BS12 “TwellV” Channel. This Village has twice suffered serious damage from intensity 5 upper level earthquakes. 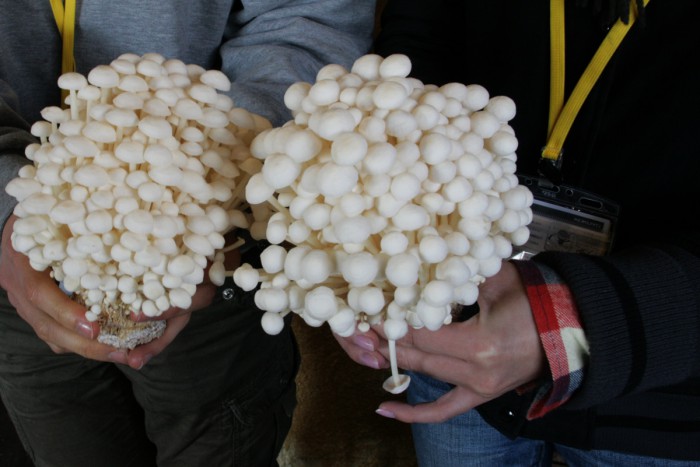 I interviewed Mr. Kouichi Ohniwa who is a farmer producing winter mushrooms in this village. After the earthquake his culture plates fell down from shelves, and his air-conditioner and humidifier stopped.  However his white mushrooms had grown (see photo below) when he returned from being evacuated. “This is my first time to see this change in my 30 years’ experience.” The damage of his white mushrooms, which could no longer be sold, has cost more than 2,000,000 yen in total. He had already half resigned himself to giving up farming as a living, after the damage he had sustained, when he met the students from Shinshu University School of Medicine (http://www.shinshu-u.ac.jp/faculty/medicine/eng/) and was encouraged not to give up by their volunteer support. It was thanks to their help and restoration work that he resumed his business again from August 20th. 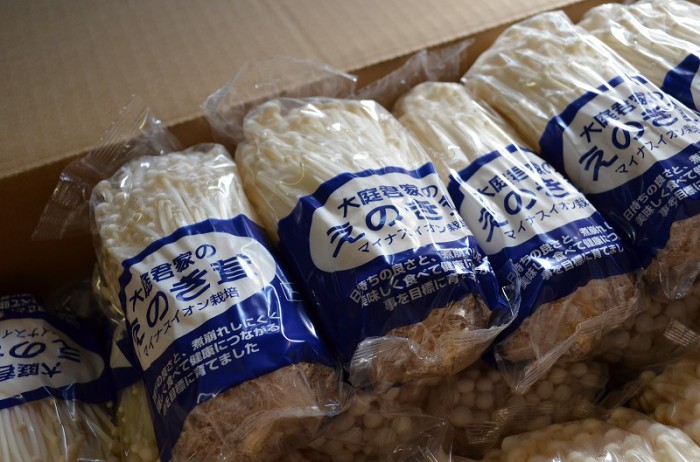 His brand, “大庭君家のえのき茸” incorporates his own, original cultivation method. His white mushrooms have grown well with the incorporation of negative ions and an enhanced purifying effect using charcoal sawdust. He had been feeling a sense of crisis in agriculture in Japan over the past 20 years, however he has now re-built his new business using a “direct-from-the-farm” system. The mushrooms have extremely good keeping quality, and a crunchy texture which is even more delicious than before. 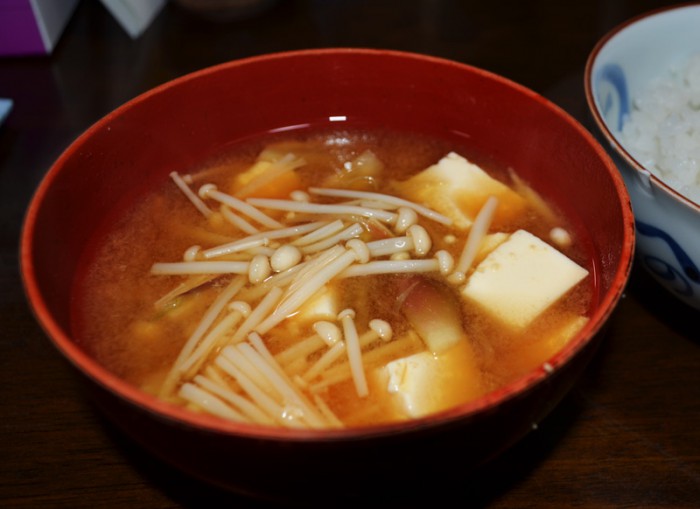 Agriculture in the future should not be dependent on the JA as the traditional way of farming is, but it should have to change to adopt a new paradigm of agriculture in future. It is my hope that other rural areas will follow the same model as that of the Sakaemura Village. -Tomoki Takefushi, Recovery Assistance Media Team (RAMT)