Aid Japan for Children -from Ireland 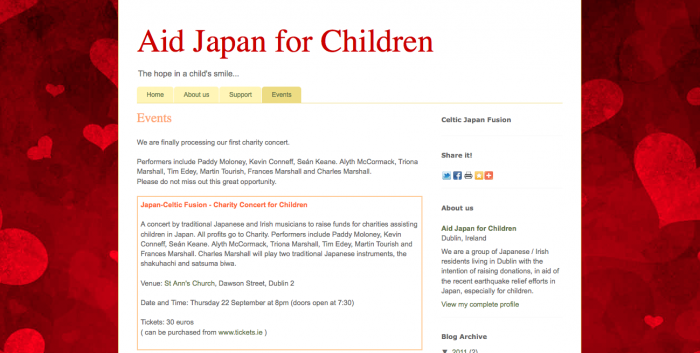 There will be the charity concert: “Aid Japan for Children”featured by a group of Japanese and Irish volunteers based in Dublin, Ireland. The concert would be very inspirational to audience since it will be held in small-sized church instead of large concert hall. It was the Recovery Media Assistance Team (RAMT) member’s idea to PR this volunteers concert by collaborating their music with the RAMT videos & posters. And the musicians also gave their strong message to work with us, RAMT, continuously. Musicians：Paddy Moloney(The Chieftains), Kevin Conneff, Seán Keane. Alyth McCormack, Triona Marshall,Tim Edey, Martin Tourish, Frances Marshall and Charles Marshall. 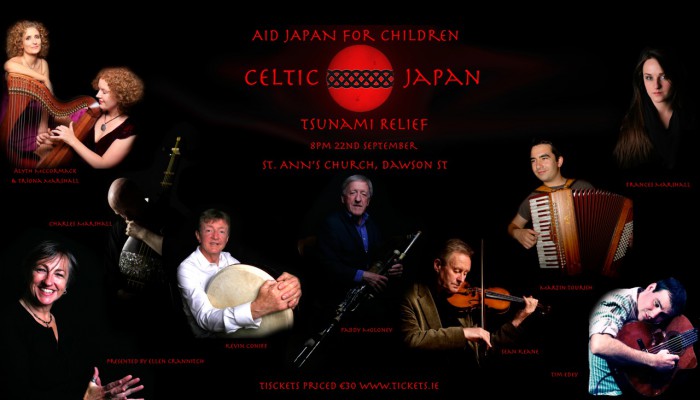