posted 01/09/2011 category Blog, News
This is Shizuka Ishiyama from the Recovery Assistant Media Team (RAMT). Today I had a meeting with Mr. Chiba, the president of the Sendai Branch of the RAMT, in Tokyo. He was busy that he had to meet many people in Tokyo beside me and return to Senday in one day, and yet he came to help us. I was wondering that he really has 24 hours a day like us or not. But he was very energetic man to motivate me and it was a valuable experience for me to have a meeting to him. Thank you very much! We have discussed about our RAMT TV Channel – “Message for our Future – For Our Children -” which has been broadcasted on the BS12 (03:00 – 04:00am) on other Saturday including the rebroadcast. Mr. Chiba and his two fellows from Tohoku University were on the TV for Episode 6 on August 20th & 27th, and he told me that they received many encouragement letter and emails from the TV viewers. 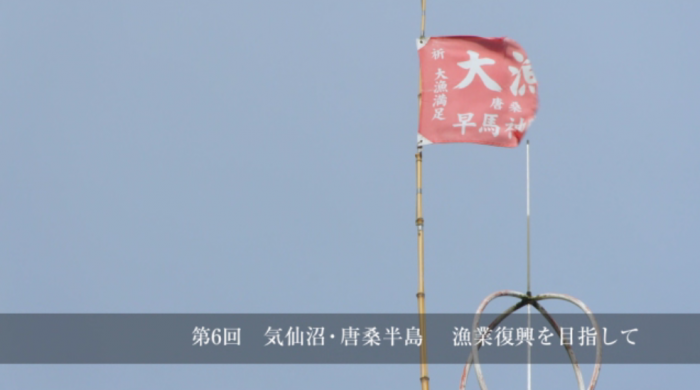 Even though the program shows different theme in every single time, the basic principle of the “delivering the truth of what is happening at the spot” has never changed. At the Episode 6 as the theme of “Opening the New Distribution” Mr. Chiba as a third person reported the situation of fishermen & students who supported the fishermen. One theme with different point of view. I hoped the viewers could have thought the content of the theme well. The TV Show has started since after the 3.11 Disaster, and I met many people who had been affected by the disaster but still kept their positive attitude with dignity. Yes, I know that there are still many difficult problems they cannot solve immediately, but I hope that our RAMT activity will contricute the people to provide something new idea to solve the problems.