posted 06/10/2011 category Blog, News
posted2011/10/06 category Blog, News Greetings. This is Sato from the Akita Branch of the Recovery Assistance Media Team (RAMT). I attended to the “The Third Reconstruction Measures Front Conference” which was held in Tokyo in order to take photographs. The location of the conference was the 2nd basement of the Ministry of Economy, Trade and Industry (METI) in Kasumigaseki. It was my second visit to Tokyo, and I was surprised & nervous that I was allowed to attend the conference in the METI building. Mr. Nishimura, who is a member of the RAMT, and very familiar with Tokyo, accompanied me as a guide from Akita to Tokyo Station, on the Subway, and at Kasumigaseki. It was drizzling outside, but the building of the METI was very close to Kasumigaseki Station. When I passed through an automatic door and entered the building, I found people who looked somehow familiar to me… I met Shizuka-san, who is the senior member of the RAMT. And I met the Teacher Miyoko Hirano sensei from the Kamaishi Higashi Juior High School in Kamaishi City, Iwate Prefecture. Mrs. Kazue Saito from Saikichi Shoten Co.,Ltd. in Kesennuma City, Miyagi Prefecture. Mr. Mamoru Tomizawa and his sister, Ms. Mari Tomizawa, from the Tomizawa Sake Brewery Co.,Ltd. in Futaba Town, Fukushima Prefecture. Mr. Shinya Wanatabe from Aoi Financial Institute Co.,Ltd. which has an office in both Sendai and Fukushima. It was my first time to meet most of the people above, and I’m so happy that I personally met very well-known members of the RAMT Team. When I entered the venue for the Conference, I was surprised at its size. There were chairs and tables lined up for about 200 people to attend. The conference material was put on every single seat, and the photographs the RAMT had taken at the sites in Northern Japan had been displayed on the side wall. 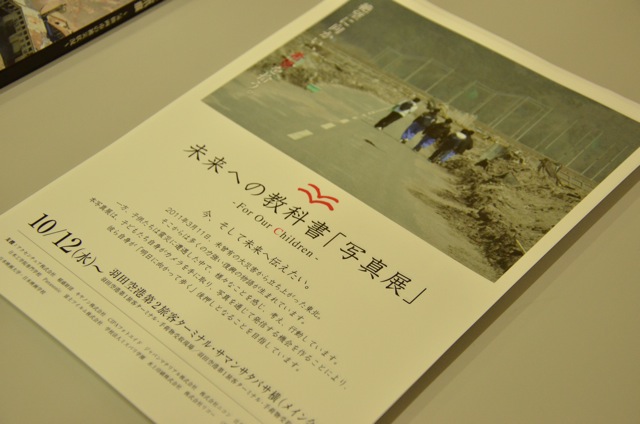 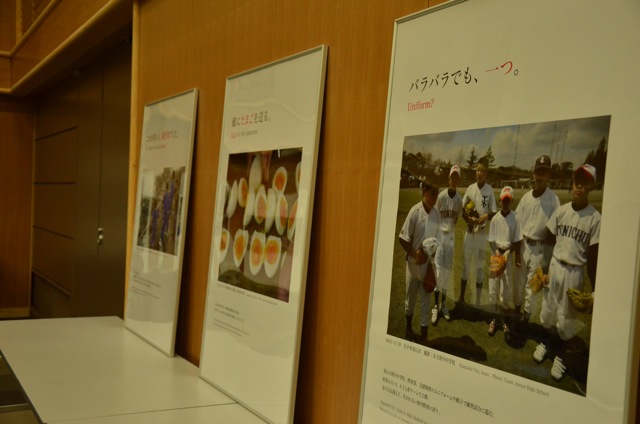 The delegates spoke in turn from the 14:00 opening time. I again recognized the importance of the conference when I found some participants from Akita Prefecture where I just came from. At 14:30 The Front Conference started with a greater number of participants than we had expected. Mr. Maeda from the METI Policy Division announced objectives of the conference in his greeting with his energetic way of speaking at the opening. Then Mr. Ryuji Enokida who is the president of the NPO, Visual Media Producers Association, made a speech to the audience to introduce the activity of the RAMT by sharing the members’ experiences. The first part of the Front Conference had begun. 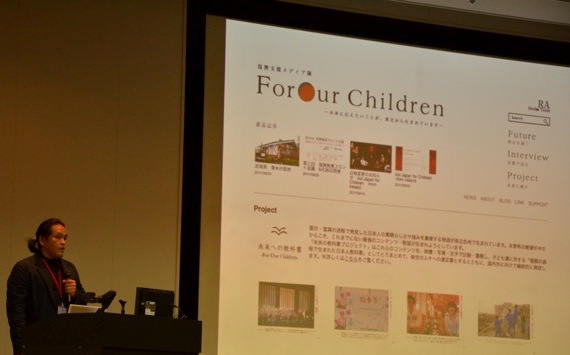 *Honorific titles are omitted It was so exciting that all of thThe conference was divided by theme into 4 parts, and each representative spoke on each part. Part-1: Education and Media (Ministry of Education, Culture, Sports, Science and Technology / Teacher Miyoko Hirano sensei / Yoshimoto Kogyo Co., Ltd.) Part-2: From the Local Key Persons (Tomizawa Sake Brewery Co.,Ltd. /  Aoi Financial Institute Co.,Ltd. / Saikichi Shoten Co.,Ltd.) Part-3: Future City (Hitachi, Ltd. / IBM Japan , Ltd. / Accenture Japan Ltd) Part-4: New Lifestyle (Nomura Research Institute, Ltd. / Panasonic Corporation) e representatives above made a speech about different opinions submitted from their own respective fields. Especially in Part 1 & 2, the people from the disaster areas shared their experience of what happened in each individual area, as seen from different perspectives of the events of 3.11. With sensitive and down-to-earth explanations of the event, accurate images were produced in the audiences’ minds. The image of a junior high school student carrying a infant on his shoulders and running up a mountain. A sense of something unusual that one of the speakers noticed when the air trembled after the Nuclear power plant exploded. A man’s feeling of distress, wondering how to revive his sake-brewing business. The warmth of feeling when embracing fellow survivors. 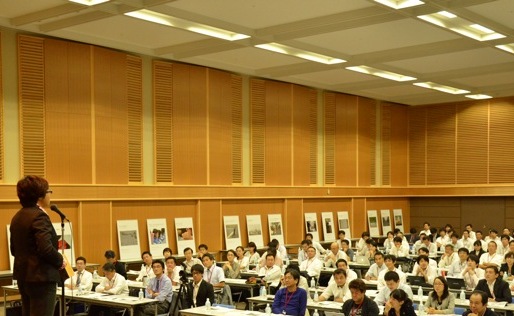 While the representatives spoke and shared their experiences with the audience, who all listened keenly, there was a great sense of wonderment amongst the participants. I have no doubt that the audience was moved by what they heard. I imagine that the impact of the emotional feelings and sensations was overwhelming when they listened to the “reality” shared by the speakers. 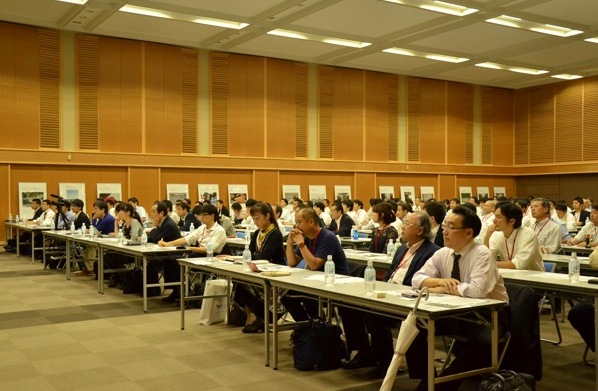 The Reconstruction Measures Front Conference will continue for 10 years from now on.